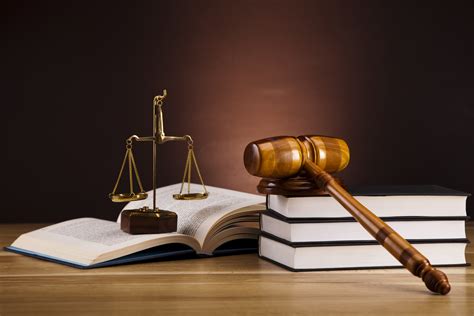 Note: this is the original piece of legislation used to try local ISIS suspects captured by the Syrian Democratic Forces or Asayish (internal security) in North and East Syria. It is based on internationally-recognized Syrian law, but has been modified, in particular to remove the death penalty and replace it with more reasonable penalties.

Sentences have ranged from a year’s detention for those coerced into low-level, menial work; 1-5 years for those involved in auxiliary or administrative positions; up to 20 years for front-level fighters, emirs and so on; and life imprisonment for those guilty of atrocities or crimes against humanity. A survey of trials conducted using this law found that around 10% of suspects were found innocent and released; 10% were handed the maximum sentence: and the remainder were handed sentences somewhere in between.

Per AANES judicial officials, this law is in the process of being revised and expanded, both to put on trial thousands more local ISIS suspects and to use in proposed trials for the up to 2000 third-country national ISIS suspects currently being held in North and East Syria.

Based on the provisions of the Social Contract; the proposal No. 244 presented by of the Executive Council of the Democratic Autonomous Administration dated 31 July 2014; and the ratification of the Legislative Council in its meeting No. 25 held on 27 September 2014, this Anti-Terrorism Act was passed into law.

The law was the first thing an organized society needed. It emerged in the first stages of human existence, after mankind had abandoned caves for organized life and followed the path of civilization and construction. At this time, incompatible interests required the establishment of regulatory texts that targeted with punishment the perpetrator who transgressed them.

Since the penalties were not often commensurate with the gravity of the offense committed, special provisions had to be found to punish offenders, particularly those who committed acts jeopardizing life, and the future and security of society. As such, it was necessary to set strict penalties following the rapid spread of terrorism in this region, with tackling the spread of terrorism one of this reason’s first priorities.

Terrorist operations have a dangerous impact on national unity and on the state of coexistence and civil peace among the residents of the Jazeera region, which is noted for its ethnic, religious and cultural diversity. The targeting of infrastructure, destabilization and security in the areas of the Democratic Autonomous Administration also resulted in major economic impacts.

Therefore, this Act must be enacted in order to achieve sustainable development and to ensure peace and security of society, while preserving the fundamental rights and freedoms of individuals according to international agreements and conventions.

Any criminal act of an individual or a group that aims to spread panic, terror and chaos and to disrupt public security, or to harm public or private property, by using weapons, including explosives or bacterial, epidemiological, chemical or incendiary weapons, or any weapon that achieves this purpose.

Every group of three people or more that aims to commit terrorist acts.

A. Organizing, running or commanding an organization which aims at violence or threatens to make use of it, and that aims to spread terror among citizens or to endanger their lives, freedoms, security and property, whatever the motives and the purposes used to achieve the terrorist project.

B. Providing support, financing, guidance, intervention, participation and contribution to any act of terrorism in word and deed, or in any way.

C. Stirring up strife, civil war or sectarian fighting among the residents of the Jazeera region, by arming citizens against each other through incitement or with financial inducement.

D. Using firearms or any other lethal device to attack the People’s Protection Units [YPG – the law was passed before the foundation of SDF], Asayish [internal security], volunteer security services, the security services, national military institutions; or their supply roads, communications lines, camps and/or bases.

E. Using firearms to attack embassies, diplomatic bodies and their affiliated institutions in the Jazeera region, as well as all governmental and non-governmental international institutions, companies and organizations operating in the regions.

F. Using explosive or incendiary devices to kill people, cause terror among the citizenry; or to destroy their property with explosives, toxic chemicals, biological agents and radioactive substances; or plant booby-trapped mechanisms or devices of any kind.

G. The abduction of individuals or restriction of their freedoms or detention for financial extortion; or for political, sectarian or national purposes that would threaten the security, national unity and coexistence of the region’s residents.

Article 4: Acts considered to be particularly terrorist and disruptive:

A. Any act that would threaten the national unity and coexistence of the region’s residents and the safety of society, affect general security and stability, or weaken the capacity of People’s Protection Units [YPG] in defending the security of citizens and maintaining their property and the institutions of the region, whether in armed clashes with the region’s forces or in any way that is outside the freedom of opinion and expression guaranteed by law.

B. Every act that uses force and violence to overthrow the Democratic Autonomous Administration, or its structures as established in the Social Contract [a since superseded, foundational political document in North and East Syria].

C. Constructing or forming a military force without a mandate from the Executive Council of the region.

D. Provoking armed insurrection against the authority of the Democratic Autonomous Administration in the region, or participating in a conspiracy or armed group formed for this purpose.

E. The issuing of any order by those with authority over the People’s Protection Units [YPG] or the Asayish [internal security], should that order require them to disrupt the orders of the legitimate authorities as set out in the Social Contract.

A. The defendant found to have committed one of the crimes outlined in this law shall be sentenced to temporary hard labor for a term of one to twenty years. The penalty is increased to life imprisonment if the act leads to loss of life.

B. Confiscation of all materials seized [by the defendant in the course of their crimes], and tools used in the crime.

C. Confiscation of the movable and immovable property of the criminal.

D. The defendant shall be sentenced to detention and shall not be released.

F. The provisions of the Penal Code shall be applied in all cases where this act makes no special provision.

Any person who has informed the competent authorities prior to the discovery or during the planning of the crime and whose information has led to the arrest of the perpetrators or has prevented the crime from being carried out, shall be exempt from the penalties established in this Act.

The offences laid out in this law will be considered for extenuating circumstances if the criminal voluntarily gives information to the competent authorities after the crime has occurred or been discovered and before his arrest, and the information has led to the arrest of the other co-perpetrators.

This Act takes effect from the date of publication in the official bulletin.

We may request cookies to be set on your device. We use cookies to let us know when you visit our websites, how you interact with us, to enrich your user experience, and to customize your relationship with our website.

Click on the different category headings to find out more. You can also change some of your preferences. Note that blocking some types of cookies may impact your experience on our websites and the services we are able to offer.

These cookies are strictly necessary to provide you with services available through our website and to use some of its features.

Because these cookies are strictly necessary to deliver the website, refusing them will have impact how our site functions. You always can block or delete cookies by changing your browser settings and force blocking all cookies on this website. But this will always prompt you to accept/refuse cookies when revisiting our site.

We fully respect if you want to refuse cookies but to avoid asking you again and again kindly allow us to store a cookie for that. You are free to opt out any time or opt in for other cookies to get a better experience. If you refuse cookies we will remove all set cookies in our domain.

We provide you with a list of stored cookies on your computer in our domain so you can check what we stored. Due to security reasons we are not able to show or modify cookies from other domains. You can check these in your browser security settings.

We also use different external services like Google Webfonts, Google Maps, and external Video providers. Since these providers may collect personal data like your IP address we allow you to block them here. Please be aware that this might heavily reduce the functionality and appearance of our site. Changes will take effect once you reload the page.